Randi has been with Dance Nation since 2016! I have dedicated my entire life to dance and dance education. Her professional dance careers goes from dancing since she was 5 years old to coaching many high school pom/cheer teams to choreographing many award winning routines here at Dance Nation and at other dance companies. Her true passion lies in dance education. She has taught dance here at Arizona Dance and Company/Dance Nation  for over 10 years. Dance can truly shape children into successful adults. Her classes not only focus on formal dance education but also incorporate life lessons such as dedication (to a dance, other teammates and yourself) respect, passion and friendships. Many of her students met their life long friends in dance class. Dance is such a beautiful thing and she is beyond excited to be sharing her passion with your children!

Katy Huetter was born and raised in Phoenix, Arizona and started dancing at the age of 3 and competing at the age of 10. Growing up training at a studio as an elite dancer, she has also trained with the Rock School of Ballet in Philadelphia, Debbie Allen Dance Academy and two summers with the Radio City Rockettes in New York City. In the last couple of years, Katy has danced at various events around the valley, including back up dancer to a local singer. She began teaching at studios a couple of years ago.

Alex Hopp began her dancing in Michigan at the age of 3. She started competing at the age of 10, winning many titles and scholarships at regionals and nationals. Also participating in many summer intensives including Cecchetti Council of America, American Ballet Theatre, Joffrey Ballet School, and Ballet Arizona. At the age of 15, Alex moved to New York City to train at Joffrey Ballet School’s Pre-Professional Trainee Program, in which she trained under Michael Blake in the Jazz and Contemporary program, and Era Jouravlev in the Ballet program. She completed 4 years and received a Certificate of Graduation. Alex then moved to Arizona to train at the School of Ballet Arizona. Some performances include dancing for Japan Day with a piece choreographed by Angelica Stiskin, Vivaldi by Gerald Arpino staged by Nicole Duffy, and an original piece by Stacy Caddell. 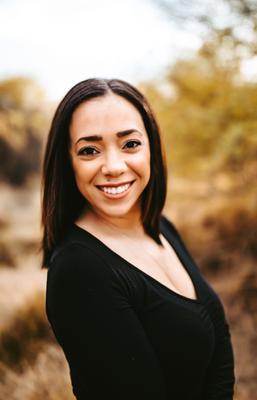 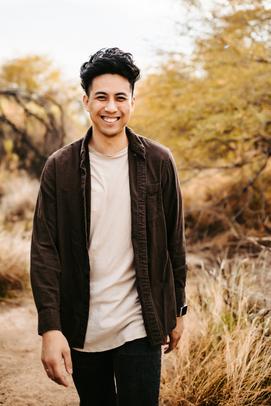 Grace Sandman was born and raised in Phoenix, Az. She has traveled places such as LA & to the east coast to expand her knowledge on dance. Grace has been dancing since she was 2, and started competing  competitively when she was 10. Grace was on the Mountain Ridge pom team all four years of highschool. She competed pom two of those years as a freshman & sophomore on the varsity team. Grace adores kids and loves teaching them new things. Grace is so excited to expand your dancers knowledge in dance education! 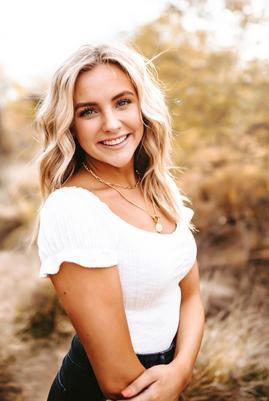 Jayar (J.R.) Fernandez, born in New York, Raised in Chicago, and now living in Phoenix, is a dancer/actor with credits including Adidas "All In" campaign, principle dancer for Mary Kay Cosmetic line, and Fort McDowell Casino to name a few, He has become a recognized dancer also performing countless shows, including Miss Teen World 2008, Celebration of Dance, World Of Dance SD 2010 (3rd Place winners), and BoogieDaBeat 2012 Champion. He is currently performing with 6 Feet Deep and Automatic Response Dance Crew, featured on MTV's America's Best Dance Crew Season 1, and NBC's World Of Dance Season 2. Along with dance, he also works media and hosts for Pacific Rim Video in Los Angeles, CA , and Hip Hop International in Las Vegas, NV. He currently teaches around the valley at various studios.

Kirsten "Kit" Carpenter is an award-winning dancer, choreographer, and instructor. She majored in Dance at Mercyhurst and then San Francisco State University where she was a member of each school's dance company, studied with world famous instructors, and performed on stage with various other companies and choreographers.
After college, Kirsten began teaching and soon found herself heading the Ballet program and working with the talented competition team at Carlsbad Dance Centre where she stayed on for nearly a decade. While there, she was awarded Nationals-level choreography awards and her student's performances received National Top Honors.
Kirsten then returned to Erie, PA. She saw an opportunity to make a difference and share the love of dance by returning as a director at Lake Erie Ballet and company class instructor at Mercyhurst University, where she had studied dance 20 years earlier. With LEB, Kirsten was able to choreograph and coproduce full length ballets including Nutcracker and La Boutique Fantasque as well as introduce various other dance forms such as Lyrical, Conditioning and Tap into class repertoire.
Her next leap was into Dance Fitness and Kirsten enjoyed spending the next few years combining Ballet, Aerial dance, Yoga and Pilates to help her adult students reach their fitness goals. Whether someone is 3 or 83, if they want to learn to move and dance, Kit wants to teach them!
Kirsten moved to the Phoenix area to be closer to family and is excited about being a part of the Dance Nation family  for many more years. 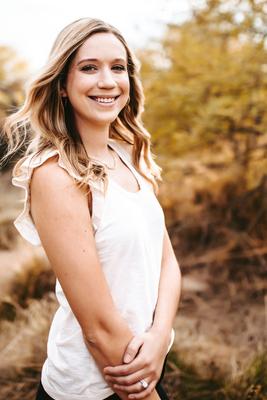 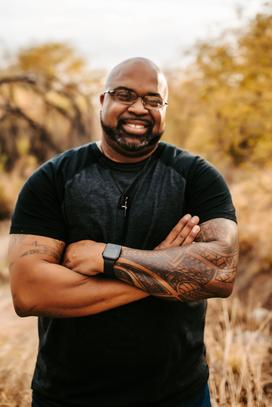 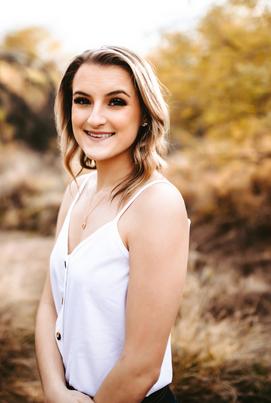 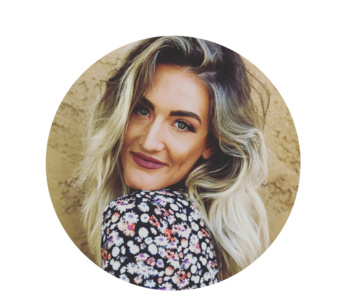 Clara was born and raised in Phoenix Arizona. She grew up dancing my whole life and in 2014 she had the privilege of dancing for the Arizona rattlers dance team! After that she moved to Hawaii for 3 years where she taught surf and swim lessons along with dance lessons for about two years and then her last year in Hawaii I became a Behavioral Therapist where she worked with children with autism, special needs and developmental delays. She continued to further my career in Behavior Therapy when she moved back to Phoenix for about a year, and then she decided to start a new career path in swim and safety in the water for infants-3 years old as well as special needs and she am now employed at Hubbard Family Swim School along with working at Dance Nation!

Madison Carmichael began dancing at age 3 and began competing at age 7. She competed for 10 years, winning numerous scholarships at conventions, including Co Dance, LADF, Nuvo and Hype. Madison was a member of her Pom team at Pinnacle High School competing both regionally and nationally and was named captain her Senior Year. After graduating from high school, Madison began attending Arizona State University where she was a member of their nationally and internationally recognized dance team. In addition to being a member of the ASU dance team, she began performing with Automatic Response Performance Company, which she still a member of today. Madison began teaching 5 years ago, over her teaching career, her choreography has been recognized by multiple competitions. She is currently teaching at various studios across the valley. 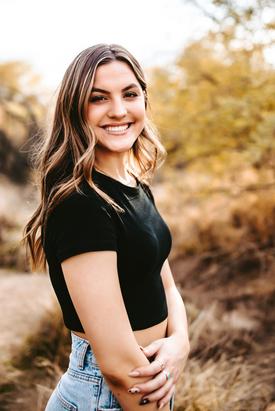 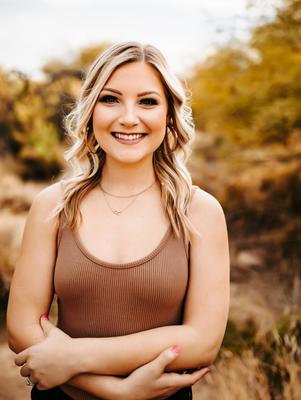 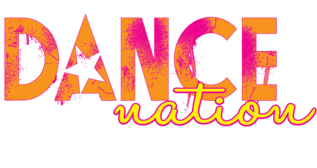 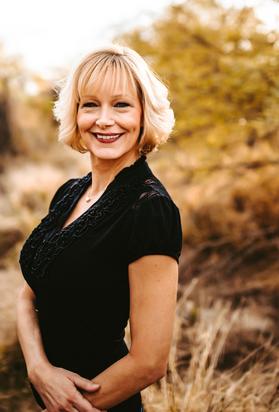 My name is Curtis Walker, I was born in Columbus, Ohio on November 30th, 1971. Since both my parents served in the military, I moved around frequently until the age of 6 when we moved to Arizona, and I have lived here ever since. Growing up I always had a love for break dancing, martial arts, and gymnastics. I began taking dance classes at Royal Dance Works here in Phoenix in 1988, and also took dance at Deer Valley Highschool. In 1991 while dancing in a hip-hop crew called North Side Crew, we auditioned to compete on Ed McMahon’s Star Search. We won our first round with 3 and ¾ stars and lost our second round to a crew with more experience. This was an amazing opportunity and learning experience, and we were blessed to be a part of it.

Over the years my passion for dance, cheer, and gymnastics grew, along with my skills, and I began to develop an interest in teaching others everything I had learned along the way. I began teaching dance and tumbling at dance studios, gyms, and schools. After teaching dance for a few years, I realized that my true passion was in teaching tumbling and cheer. Since then I have worked as a cheer/tumbling coach for 31 years, with 4 of those years being as a Head Coach of two local high schools. I have worked with over 50 Elementary, Junior High, High Schools, and Junior Colleges throughout Arizona, Nevada, and California. I have also worked at many cheer gyms as an All-star Cheer Coach throughout the Valley and have offered private lessons as well.

In 2018 I took a leap and decided to start my own business as a traveling tumbling coach. Watching athletes achieve their goals brings me no greater pleasure.  I feel all things can be achieved with hard work and persistence. I feel honored that parents trust me to be a part of their children’s lives and their journey, and it is a blessing from above. I give all praise and glory to my Lord Jesus Christ. Through him I have been able to do what I love as a profession.